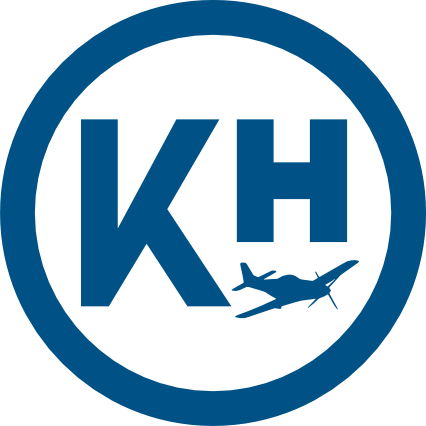 When I first landed at Kittyhawk, it was a mistake.

When I first landed at Kittyhawk Farm, it was a mistake. I had been passing by aloft on a beautifully sunny day when the radio, tuned to Safetycom and silence, burst into life. “Luscombe overhead…come down and have a cuppa…”

Hard to refuse such a warm, unsolicited invitation, so I landed and met Jack. It was quiet; a handful of aircraft in the hanger, including another Luscombe, and we drank tea, listened to the birds and enjoyed the stunning view of the South Downs. I went on my way but some years on, given notice to leave our single occupancy strip (beaten earth floor with a layer of macadam, no power and no water) we were lucky enough to find a friendly welcome at Kittyhawk. It was only quite recently that Jack confessed to me that he had mistakenly thought that the passing Luscombe had been a friend of his.

“Luscombe overhead…come down and have a cuppa…”

In the time that has passed since we took up residency, the strip has improved step by step. Nothing too flash, but the painted concrete floor, electricity and water have been supplemented by toilet and washroom facilities and our hangar has pupped, a smaller “soft-top” unit being installed alongside and housing a Vari-eze and an as yet unfilled space for another occupant. Work is ongoing on surface improvement, runway enlargement, ditching and drainage, and there are even some beehives on the campus. All this, and the friendly welcome still sustains.

I’m not sure when the idea of some sort of fly-in/barbecue/musical event was first posited but it was certainly long before Olly, our airport manager, took the reins a year ago. Somehow, it never really took wings until, under his oversight, it popped up again in mid August. A date was set and planning then proceeded at the speed of light. Not long before the decision to go ahead was reached, we’d had our own frequency, 118.265, approved, and, as none of our residents had yet been trained to operate a Ground to Air service, Olly had arranged with John “The Haff” Haffenden to provide the service on the day. There was much to do. Olly would be the first to admit that, though his enthusiasm for aviation is unbounded, his knowledge and experience are limited and, to his credit, he embraced the experience of residents. Martin and Roy busied themselves running the gang mowers and roller up and down the runways, giving 16/34, recently widened to double its previous width, particular attention. Paving slabs were set in the ground and whitened to mark the runway edges and, because it was not unknown for even regular users to call the runway numbers wrong, they were painted on the thresholds in the ICAO approved font to aid identification from the air.

Olly arranged for a fire and rescue presence, an ice cream van to attend, Maddy from Cafe 8 to come over from Shoreham to run a coffee and cake stall and for Elliot and Valet-Pro to demonstrate what thorough cleaning and detailing can do for an aeroplane. Phil had exercised his tin cutting skills to recycle an empty fifty gallon drum into a stunningly efficient barbecue.

One of the more difficult issues we had faced in planning the event was, taking account of each of the four possible runways, where would the aeroplanes park, and how would they get there and out again without entering into conflict? In the event, the wind did as forecast and clearly favoured runway 28, with a 15-20 degree crosswind over the trees from the left. This gave us the possibility of using the full length of 16/34 to safely park our visitors. It also simplified the marshalling envisaged. On the morning of the fly-in, we had received positive responses from the pilots of over sixty aircraft. All that remained was to hope that the weather would remain fine. It did and all day long, whatever the clouds did around us, we sat in a pool of sunshine.

By any measure, the day was a great success. Early arrivals shortly after 9am were followed by a steady stream of vintage aircraft, homebuilts, microlights, flexwings, autogiros and helicopters (given a separate paddock to land in, far away from any light taildraggers) all in all, a pretty broad cross-section of LAA permit types. Kevin, Alex, Jack and I shared marshalling duties. The main hangar had been all but cleared to allow shelter if it rained and unencumbered access to the toilet at the far end, and the concrete apron and grass manoeuvring area were furnished with tables and chairs for our guests. The neighbouring paddock became a temporary car park for the estimated thirty who arrived by road. Phil, flaunting his versatility, took the controls on the barbecue and produced magnificently succulent spicy Lebanese kebabs which pilots, families, enthusiasts, spotters and neighbours consumed enthusiastically; children rode around on the miniature powered jeep that now lives in the hangar, intended to perhaps double as a tug, and James, erstwhile aviator and affable owner of the land upon which the airfield sits, surveyed the proceedings with a big smile before disappearing into his man cave and emerging to drive his enormous radio-controlled model of a Tiger Tank, complete with realistic sound effects, through the crowd. My ten year old granddaughter was captivated.

We can only estimate the number of visiting aircraft to be around seventy five, because we stopped counting after that and I am delighted to say that the event enabled us to make a donation of £150 to the Air Ambulance. We all learned a lot putting on the event. We were lucky with the weather and we know that, for future events (for we hope that this will happen) we will need to think through extending aircraft parking, access for road vehicles and ground communication. Feedback from those who visited us has been very encouraging and we welcome and appreciate it.

Thank you all who came and, please don’t wait for our next fly-in to visit. You’ll find a PPR form on our website. We can’t guarantee there will be miniature jeeps and tanks to greet you, but we can assure you a very warm welcome.

Thanks for making our fly-in special
Oliver Steel
No Comments

Time flies - it’s already been two weeks since our second fly-in and BBQ. Thank you all for coming over and taking part. We had over 200 people visit with just shy of 40 aircraft flying in. We’d hoped for more but alas wind conditions in the west of the UK meant that a lot […]

Johnny Carr, 72, has claimed top spot at the Great British Aerotow Revival 2022. Congratulations from all of us at Kittyhawk! Read the full article in the Argus here.

We recently announced the date of our next fly-in to Kittyhawk Aerodrome after the success of our somewhat last minute fly-in last September. We are busy for the moment improving our runways and taxiways for the start of this season so more details and an RSVP form will be published in due course - at […]

Read More
When I first landed at Kittyhawk, it was a mistake.
Duncan Campbell
No Comments

(Destination Kittyhawk. Written for LAA Magazine, Sep 2021). When I first landed at Kittyhawk Farm, it was a mistake. I had been passing by aloft on a beautifully sunny day when the radio, tuned to Safetycom and silence, burst into life. “Luscombe overhead…come down and have a cuppa…” Hard to refuse such a warm, unsolicited […]